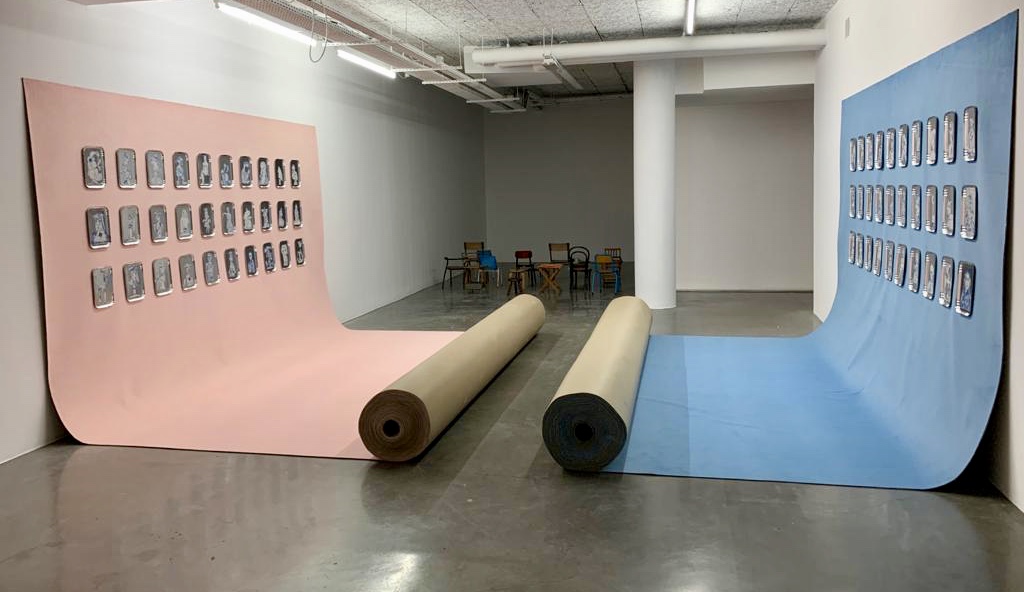 At Le Plateau, the exhibition presented is designed exclusively for under-eighteens: beyond the reversal of the usual age restrictions, it is a very radical way of asserting the central role that children and teenagers play in the project. In particular, artists featuring in the exhibition will be invited to produce pieces created especially for them.

Born in 1962 in La Châtre, Richard Fauguet lives and works in Châteauroux. Since his debut at the School of Fine Arts in Bordeaux, the artist has proposed a protean work – drawings, collages, rubbings, sculptures – that often works in series or periods guided by the use of a particular material. One recalls the paper silhouettes, burnt sheets, glass installations, or more recently postcards with pouring spouts. Richard Fauguet combines a variety of universes and imaginaries that may seem antagonistic at first sight. The great masters of art history, his so called “buddies”, are often summoned (Picasso, Degas, Giacometti, etc.) and forced to get involved with some figures issued from popular culture and our collective imagination (Mr. Clean or Darth Vader for example). Using simple materials such as tape, clay, empty shells and found objects, Richard Fauguet revisits the so-called classical genres, portraiture and landscapes alike. He thus proposes a renewed aesthetic that blurs the lines and transcends the traditional divide between high and low culture.