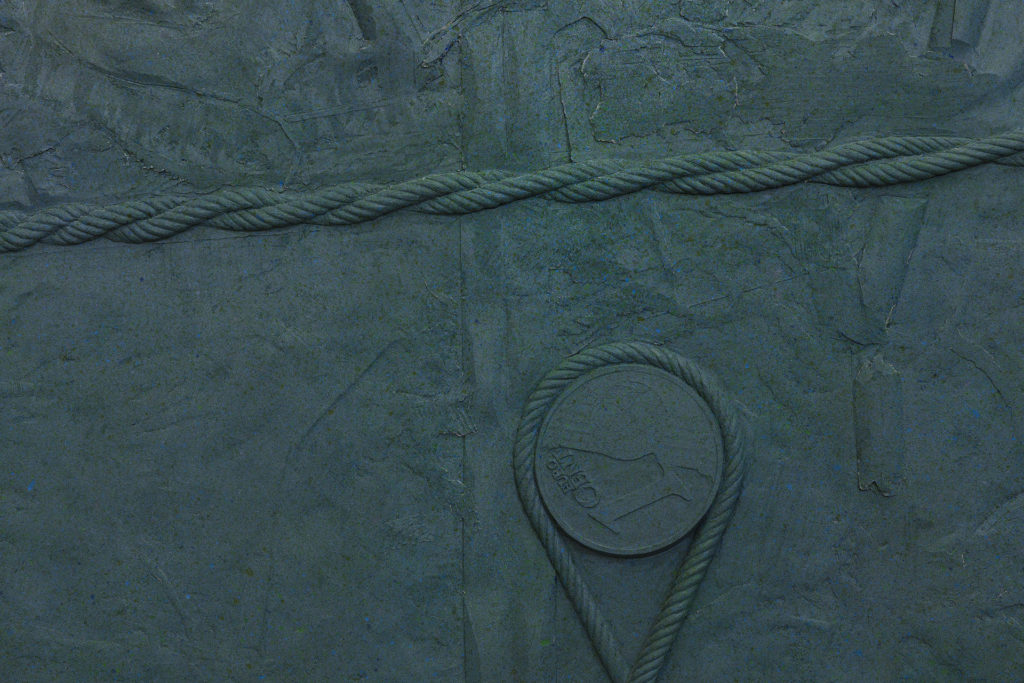 We are pleased to announce the second solo show by Giuseppe Gabellone at Art : Concept.

We are pleased to present the first exhibition of the English artist at the gallery.
He presents eight new works, between paintings and bas-reliefs, which testify to his fascination for representation, while at the same time exceeding it.

Anthony Green was born in 1973 in Welwyn Garden City/UK.

He lives and works in Kent/UK.

We are pleased to announce the Swiss artist’s fifth exhibition at Art : Concept, with new works never shown before in a gallery.

Art : Concept is pleased to announce the second solo show by Pierre Bellot.

One year after his first exhibition in the showroom, this new show starts the gallery’s collaboration with the artist.

Art : Concept is pleased to present a series of recent paintings by Tommy Malekoff.

Tommy Malekoff is an American artist, born 1992 in South Boston, Virginia. He lives and works in New York, NY. His work with video and photography deals with insular worlds and displaced phenomenons in the American landscape.

His work has been exhibited at New Canons and Jeffrey Stark in New York/US, Morán Morán Gallery in Los Angeles/US, 44 Michigan Avenue in Detroit/US and galleria ZERO in Milan/IT.

The artist’s latest series brings together what she calls Vedute, a series of landscape paintings inspired by late nineteenth and early twentieth century masters – from Degas to Sérusier, Klimt or Van Gogh. As with her paintings of shipwrecks, icebergs, and rainforests, the California-based artist reappropriates this historical legacy and uses it as references for her autobiographical landscapes, which work as contemporary allegories of social and environmental experiences.

Presentation of the exhibition

Art : Concept is pleased to present Try doing anything without it, the first solo exhibition of Kate Newby at the gallery.

“Kate Newby (b. Aotearoa New Zealand in 1979, lives and works in Texas) often speaks of her work from the standpoint of “care.” Her work invokes kinship, communion, and the safe keeping of commonplace objects and the physical phenomena that shape them. Using methods and production schedules that condition the work in its becoming, she asks what is possible in a material’s life cycle, and the varied unknowns in its manufacture.”

“For Try doing anything without it, the artist has created work made locally in France and tailored to the specific architecture of the gallery […]. What unites these works is the act of letting materials perform, without too much control over their own agency. By directing our attention to changing aspects in the larger social fabric, Newby asks for attunement, particularly to the often overlooked smaller details, rhythms, and scales in life.”

Extract of the press release, by Jennifer Teets, Paris, April, 2022

Art : Concept is pleased to announce « Our Mirage », a collective exhibition featuring works by Pierre-Olivier Arnaud, Walead Beshty, Matias Faldbakken, Jacob Kassay, Melvin Moti and Gedi Sibony.
The gathering of these works plays with a standardization effect, mainly due to a shared interest in radical approaches of the image, and to artistic practices combining industrial as well as handcrafted reproduction means.

Framing the back of an image, Gedi Sibony renders only a white cardboard and few pieces of tapes visible. Matias Faldbakken’s Newspaper Ad # 09 consists of the negative reproduction of an advert. He creates a sort of black monochrome, so that, in a literal and metaphorical sense, the final result underlies the margins more than the usual space usually containing information. Jacob Kassay’s silver paintings formally echo ancient photographic techniques and offer a sacred and frozen version of the monochrome. Nowadays considered as a rhetorical figure or as a generic object in modern and contemporary art, the monochrome here paradoxically calls the subjectivity of its creation process into question. The making is based on a complicated and random chemical process.

Pierre-Olivier Arnaud’s stack of offset posters, spread all over the exhibition space, consists of a washed out galaxy, as if the surface of the image was veiled, and as if the density of greys and shadows made the glaring stars unable to emerge the surface. Walead Beshty’s large-format abstract composition comes as counterpoint to the posters. Using the light as the essence of photography, the artist folds and directly exposes the silver film under the natural light. In the current show, this coloured photogram has been displayed horizontally, lying on the floor, such as a modernist sculpture or even as a recumbent statue.

In the second room, Melvin Moti’s film The Black Room reveals the power of imagination, strangeness, and fiction of moving-images. A tracking shot slowly reveals ornaments from a wall painting filmed in a house near Pompei, while a voice over reenacts Robert Desnos’s interview about hypnosis sessions he partook with the surrealist group. Thus, Moti creates a displacement between those unframed floating images edited with Desnos’s word. Such as the other works which are still images, made with raw materials or following accidental or random (and almost world-weary) artistic gestures, The Black Room remains as a puzzle, largely depending upon storytelling as inherent part of its interpretation.

The use of minimal abstract forms as well as endless experimentations on the monochrome suggest a possible dematerialization or postponed disappearance of the image. This raises the ambiguous status of each of the pieces, undefined or in-between image and object. Indeed, canvasses, frames and sometimes vaguely figurative contents remain, counterbalancing a certain absence or void.

If most of the works are original records of our world or fragments taken from the real, various creation processes (reframing, trimming, mechanical or digital reproduction, assemblage, etc.) are able to transform the pictorial surface into an abstract, encoded or even invisible picture.

After presenting the work of Tania Pérez Córdova in 2019 in a group show named Indus 2, Art : Concept organises her first solo exhibition in France. The artist takes over the gallery with her most recent works, created for the occasion.

‘Paysages du temps zéro’ (Landscapes from time zero) gathers recent works on paper by Vidya Gastaldon. The title of the exhibition does not refer to the time of childhood but rather the time of the first drawings by the artist after her art studies.