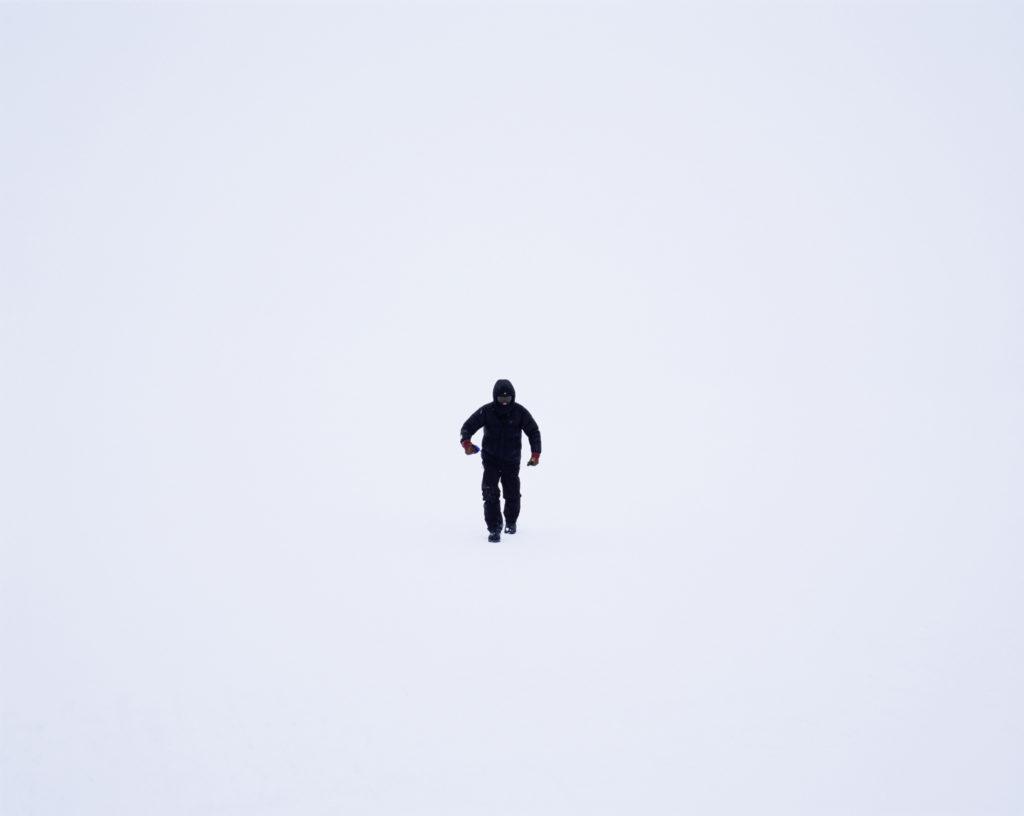 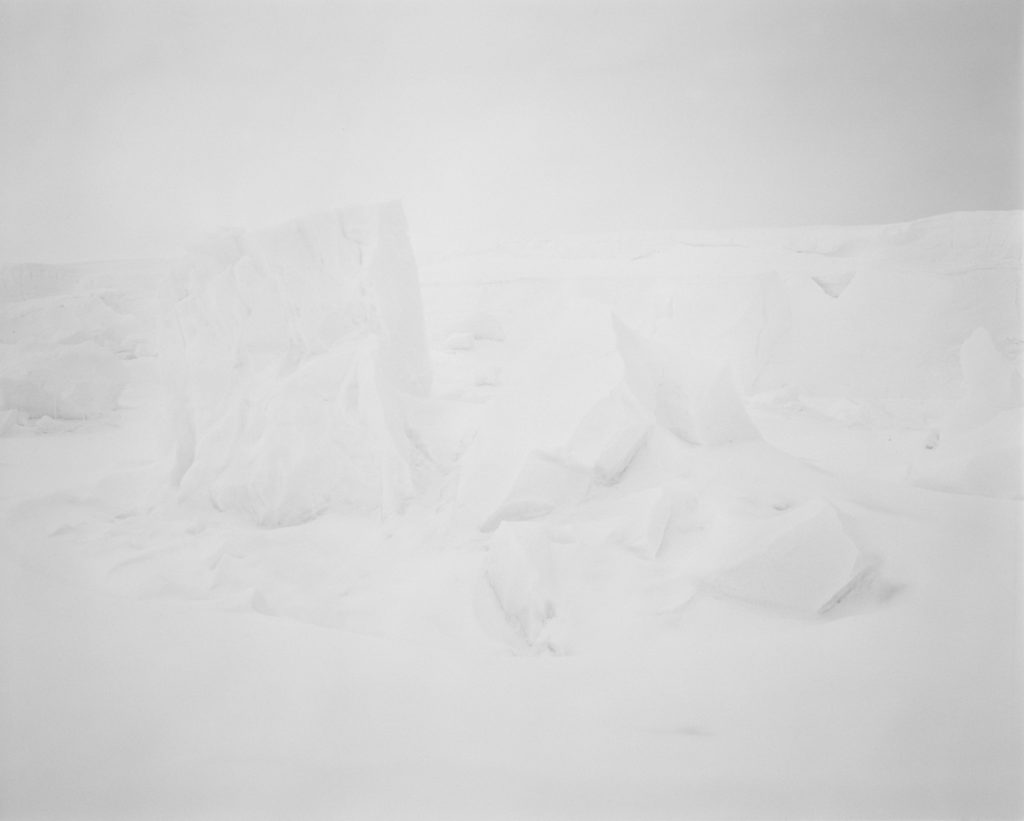 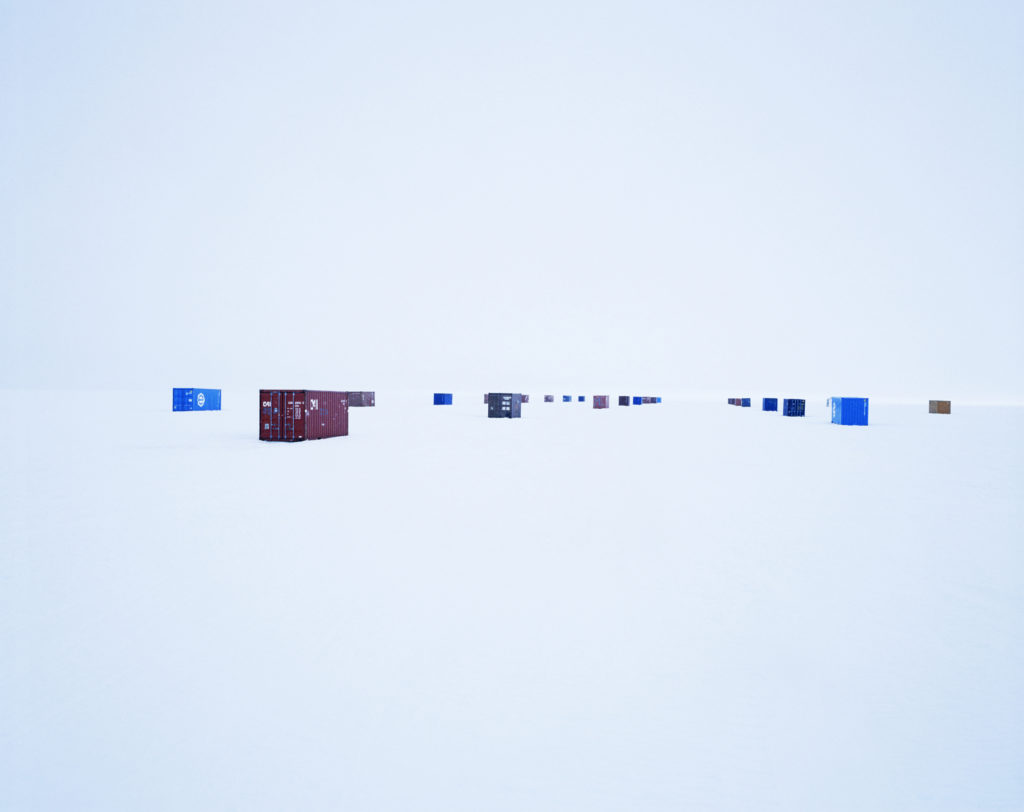 Between 2008 and 2010 I travelled twice to antarctica to photograph a whiteout. This weather condition can occur in polar regions and high mountains. When the concentration of microscopic ice crystals in the atmosphere exceeds a certain limit it traps the sunlight. Light gets diffused through these particles, falls onto the snow and ice below and is reflected endlessly in the air like an an echo chamber.

Whiteout is an atmospherical, optical phenomenon, where the observer appears to be engulfed in a uniformly white glow. Any sense of depth and orientation is lost. Only dark, nearby objects can be seen. The horizon disappears, the landscape turns into a white void – a ‘ganzfeld’. Our brain isn’t used to uniform stimulation, seeing is based on contrast. Making a distinction between different patterns, colours or structures. When we gaze into a featureless field of vision it can produce hallucinations

I wanted to capture on film the transformation of matter into light during a whiteout. The resulting piece is an analog slide projection. The film was exposed in antarctica, developed and at last loaded into a projector. The powerful light shining through the diapositive projects an ephemeral image onto the wall. The projection is automated, each image dissolves into the next one. There is a strange temporality at play inspired by the experience of continuous daylight during my stay on the continent.