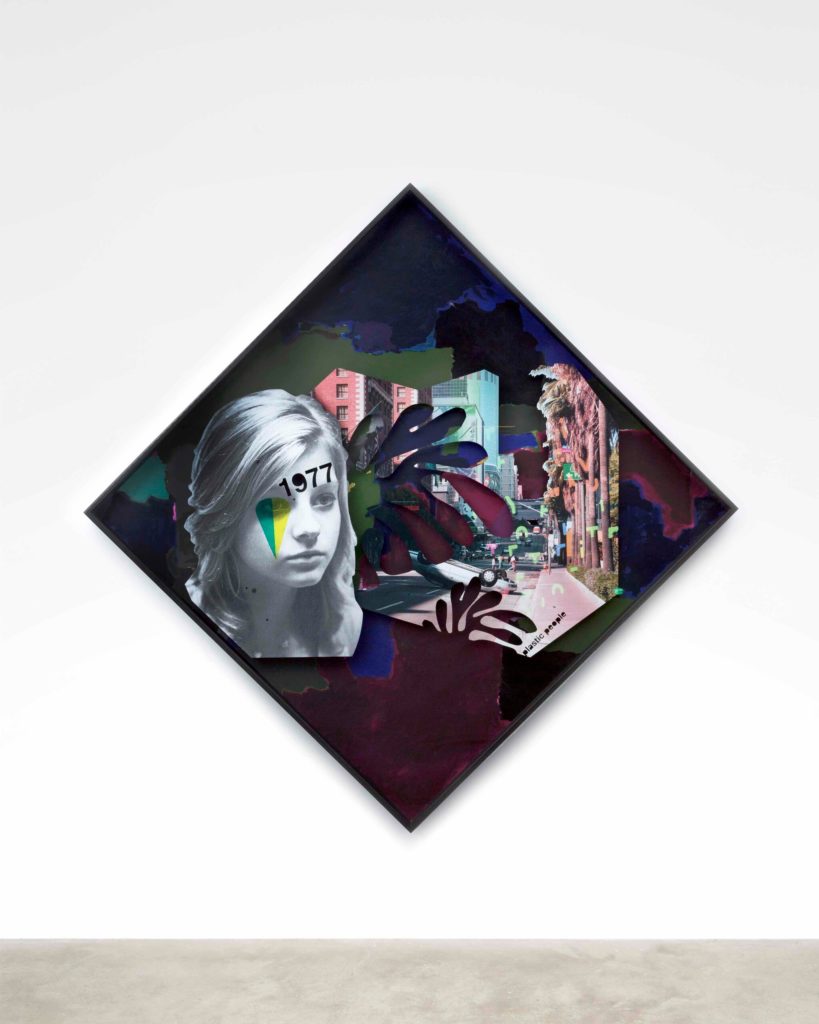 Kate Newby presents her new works created for the Palais de Tokyo in the group exhibition ‘Reclaiming the Earth’.

All works were created for the occasion during residencies in France. For her brick works, the artist collaborated with the brick factory Les Rairies-Montrieux.

A group of artists who look at each other and talk to each other is an ongoing phenomenon. What gave us the desire to bring these eight painters together, and to continue a series of exhibitions initiated in 2019, is to question the way in which forms emerge today, not only in the solitude of the studio, but also through looks, words or affinities. They have in common a practice of painting where images have their place. In their canvases, they assume their emotions and their pleasures, their desires and their claims, carried by a humanity devoid of cynicism. What binds them together is also their shared life, the organic and fluid relationships they have with each other. They are a portrait of a generation.

The Premiere, scheduled for April 10, 2022, marks the opening of the Staatsoper Stuttgart’s third spring festival; additional performances of ‘Die Walküre’ will take place on April 18, 23, 29 and May 2, 2022.

Read the article published on The New York Times

AAfter a first edition at the Kunstmuseum of Ravensburg (Germany), the exhibition Shiftings moves to Switzerland.

This exhibition “provides an overview of the memorable work of the Franco-German artist. Achaintre transposes traditional techniques such as tapestry, ceramics and watercolour into the present, exploring the boundaries between abstraction and representation.”

Further information on the show

This free interpretation of esotericism was conceived around a dialogue between students of the Haute Ecole des arts du Rhin and twenty works of contemporary artists, in an inter-generational game of crossed glances, where videos and photographs, drawings and installations, sculptures and performances transfigure the space of the Chaufferie.

Curated by Julien Bécourt, journalist and art critic, invited by the group No Name.

From the symbolism of flowers in the Middle Ages to the current issues of well-being and preservation of the planet, the garden has always fascinated artists who wished to inscribe the sensations that the garden inspired in them in Art.

Some forty artists of our time reveal their vision in the exhibition “The Garden, Mirror of the World”. An invitation to feel the soothing power of the themes linked to the art of the garden, and the ecosystems specific to gardens and to preserve, the inter-pollination between environmental movements and the earthy work of the gardener.

Since 2019, Julien Audebert has been painting and working on a a series of small works with oil on copper. His most recent series, Obsidionales, consists of small oil paintings on copper. These exogenous “flowers of war” moved by the soles of soldiers, railroad or horses, are painted, centred in the middle of the frame, as a child would do, done “alla prima” (a technique imposed by the adhesion on the copper). These works place the war and the decorative in tension, in create conflagration between the subject and an often invisible historical underpinning.

The exhibition organised by Fondation Bredin Prat deals with the effervescence of painting in contemporary art through 33 French and foreign artists selected over the last ten years by the Jean-François Prat Prize.

Jeremy Deller and Cecilia Bengolea have roamed together Lyon’s urban area. When the artists meet Denis Trouxe, former deputy mayor, responsible for culture and heritage in the city of Lyon, Cecilia Bengolea writes with him a rap song with lyrics both ironic and voluntarily exaggerated. Denis Trouxe accepts to interpret it in his Champagne-au-Mont-d’Or (a West Lyon prosperous suburb) opulent-looking villa – accompagnied by Domy Caramel, Latys Shye, and Sarah, three dancehall dancers from Vaulx-en-Velin, to the east of the city. This gives a strange music video that links, for a few moments, two sides of an urban area that do not have many opportunities to meet.

Art : Concept is pleased to announce « Our Mirage », a collective exhibition featuring works by Pierre-Olivier Arnaud, Walead Beshty, Matias Faldbakken, Jacob Kassay, Melvin Moti and Gedi Sibony.
The gathering of these works plays with a standardization effect, mainly due to a shared interest in radical approaches of the image, and to artistic practices combining industrial as well as handcrafted reproduction means.

Framing the back of an image, Gedi Sibony renders only a white cardboard and few pieces of tapes visible. Matias Faldbakken’s Newspaper Ad # 09 consists of the negative reproduction of an advert. He creates a sort of black monochrome, so that, in a literal and metaphorical sense, the final result underlies the margins more than the usual space usually containing information. Jacob Kassay’s silver paintings formally echo ancient photographic techniques and offer a sacred and frozen version of the monochrome. Nowadays considered as a rhetorical figure or as a generic object in modern and contemporary art, the monochrome here paradoxically calls the subjectivity of its creation process into question. The making is based on a complicated and random chemical process.

Pierre-Olivier Arnaud’s stack of offset posters, spread all over the exhibition space, consists of a washed out galaxy, as if the surface of the image was veiled, and as if the density of greys and shadows made the glaring stars unable to emerge the surface. Walead Beshty’s large-format abstract composition comes as counterpoint to the posters. Using the light as the essence of photography, the artist folds and directly exposes the silver film under the natural light. In the current show, this coloured photogram has been displayed horizontally, lying on the floor, such as a modernist sculpture or even as a recumbent statue.

In the second room, Melvin Moti’s film The Black Room reveals the power of imagination, strangeness, and fiction of moving-images. A tracking shot slowly reveals ornaments from a wall painting filmed in a house near Pompei, while a voice over reenacts Robert Desnos’s interview about hypnosis sessions he partook with the surrealist group. Thus, Moti creates a displacement between those unframed floating images edited with Desnos’s word. Such as the other works which are still images, made with raw materials or following accidental or random (and almost world-weary) artistic gestures, The Black Room remains as a puzzle, largely depending upon storytelling as inherent part of its interpretation.

The use of minimal abstract forms as well as endless experimentations on the monochrome suggest a possible dematerialization or postponed disappearance of the image. This raises the ambiguous status of each of the pieces, undefined or in-between image and object. Indeed, canvasses, frames and sometimes vaguely figurative contents remain, counterbalancing a certain absence or void.

If most of the works are original records of our world or fragments taken from the real, various creation processes (reframing, trimming, mechanical or digital reproduction, assemblage, etc.) are able to transform the pictorial surface into an abstract, encoded or even invisible picture.